Separate yourself from time and space for a moment, and touch the spiritual and untouchable through these paintings – with the energy of Kabbalah, the ordinary oil paints and canvases are turned into fascination. 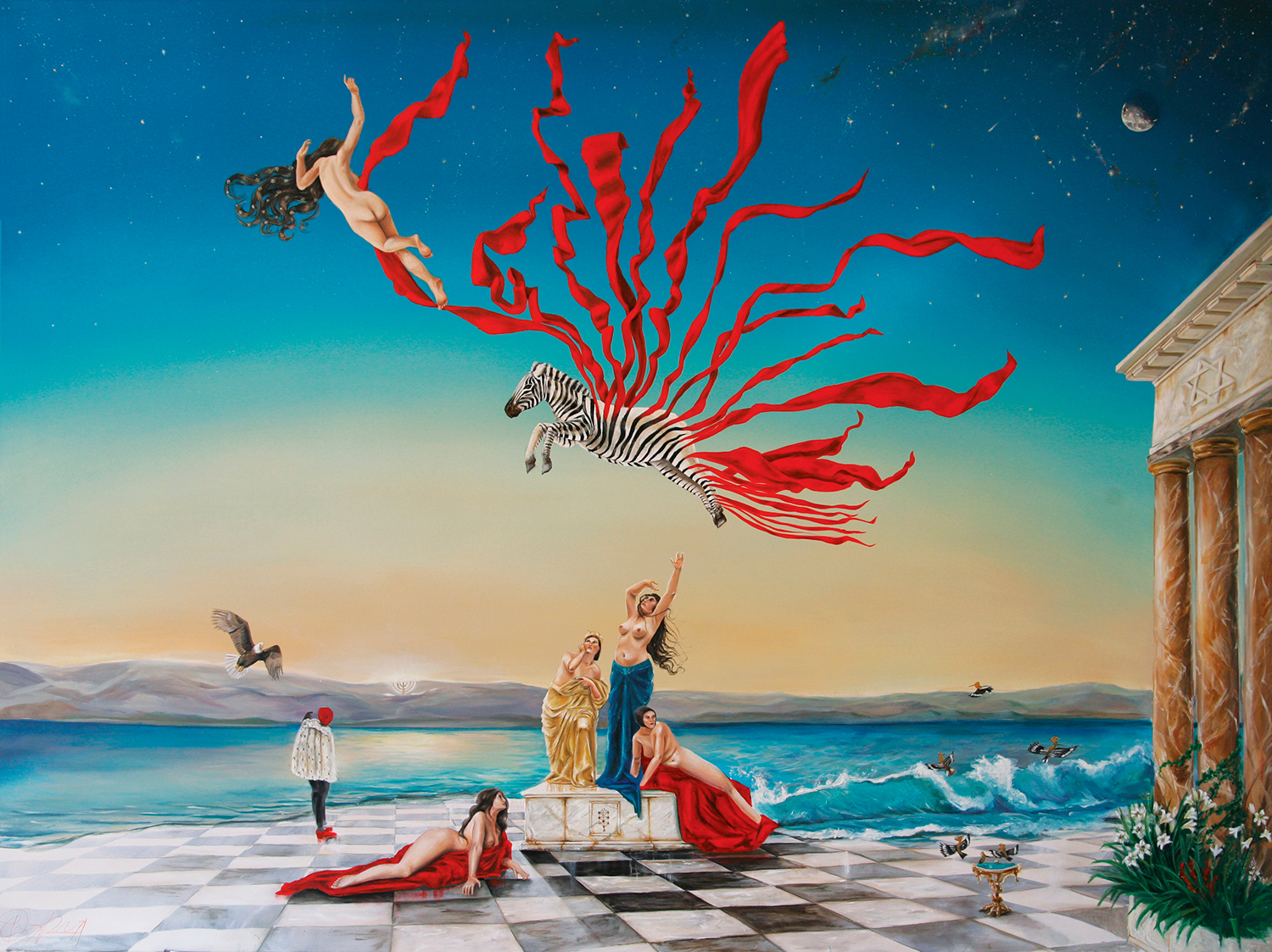 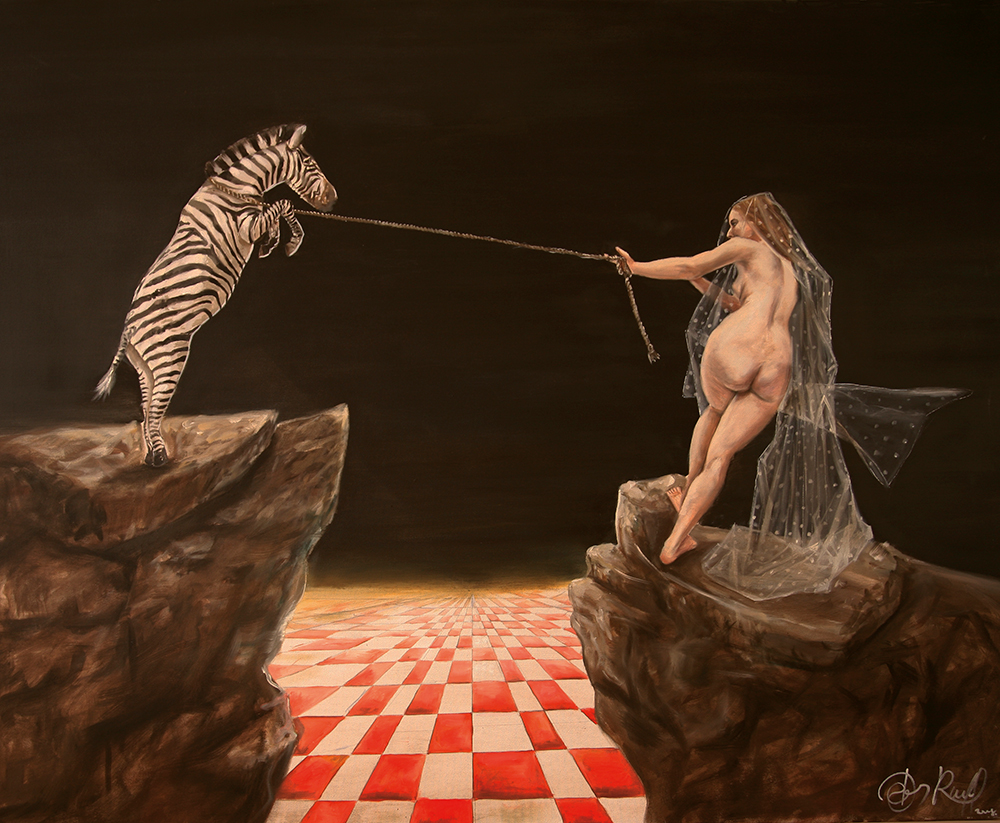 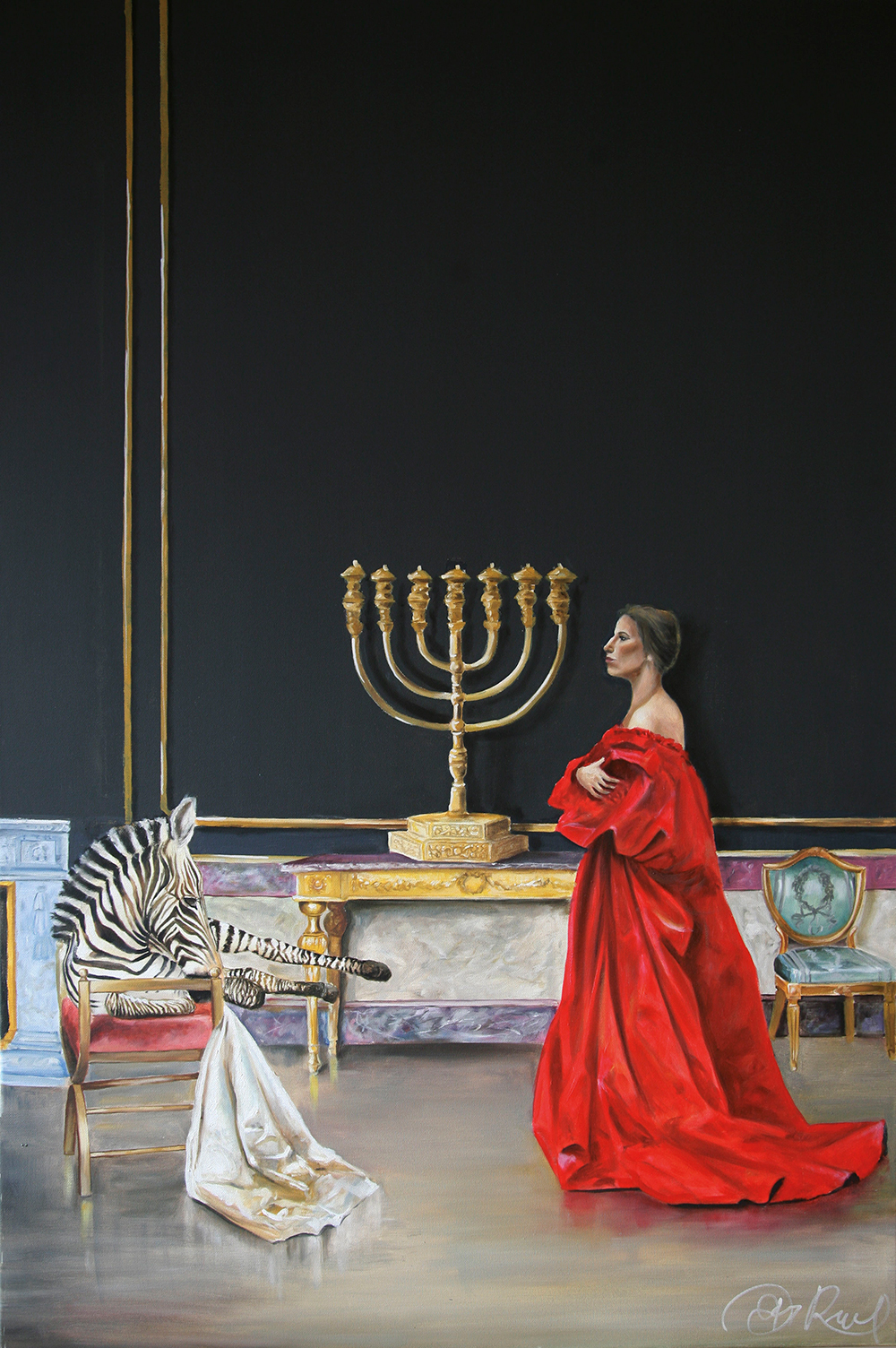 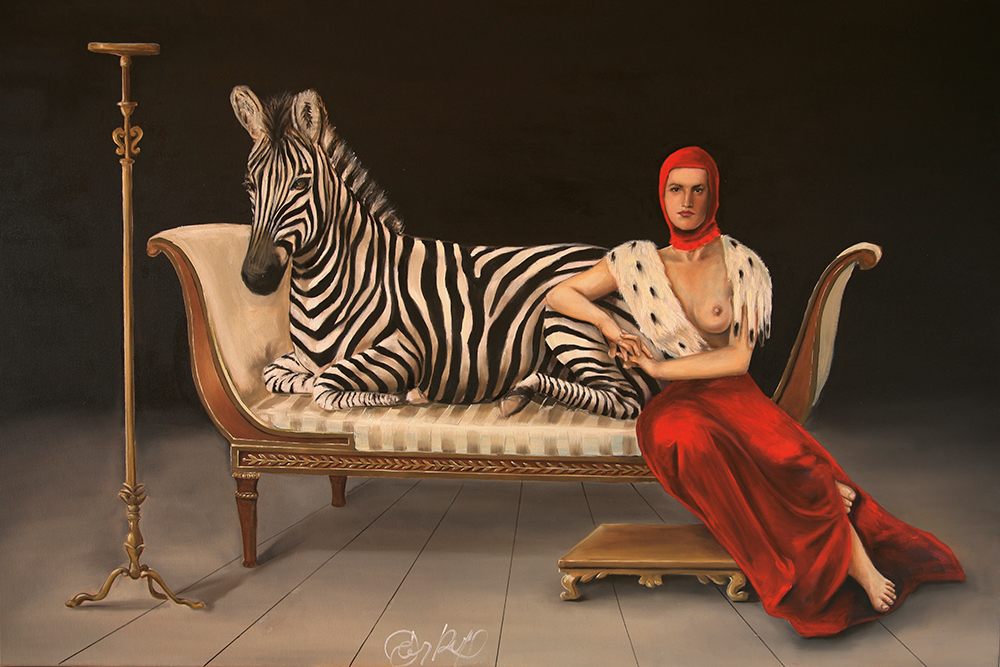 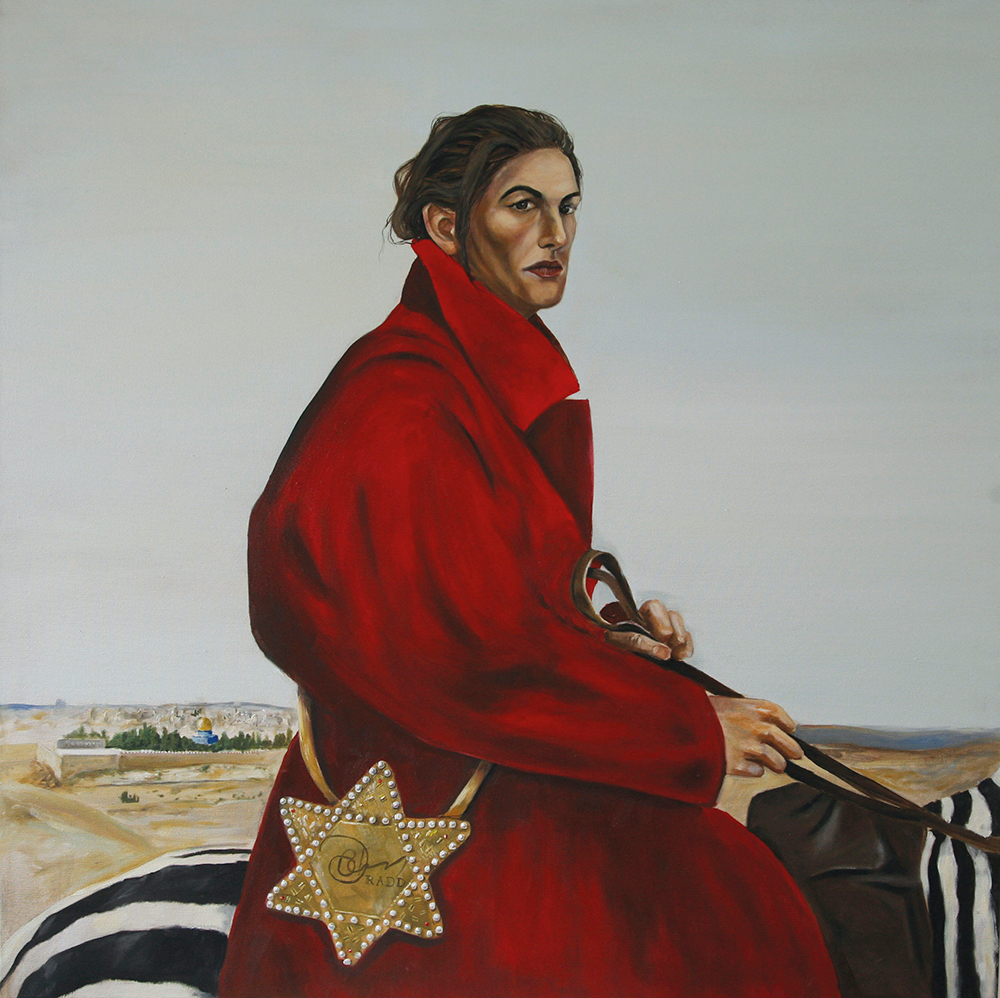 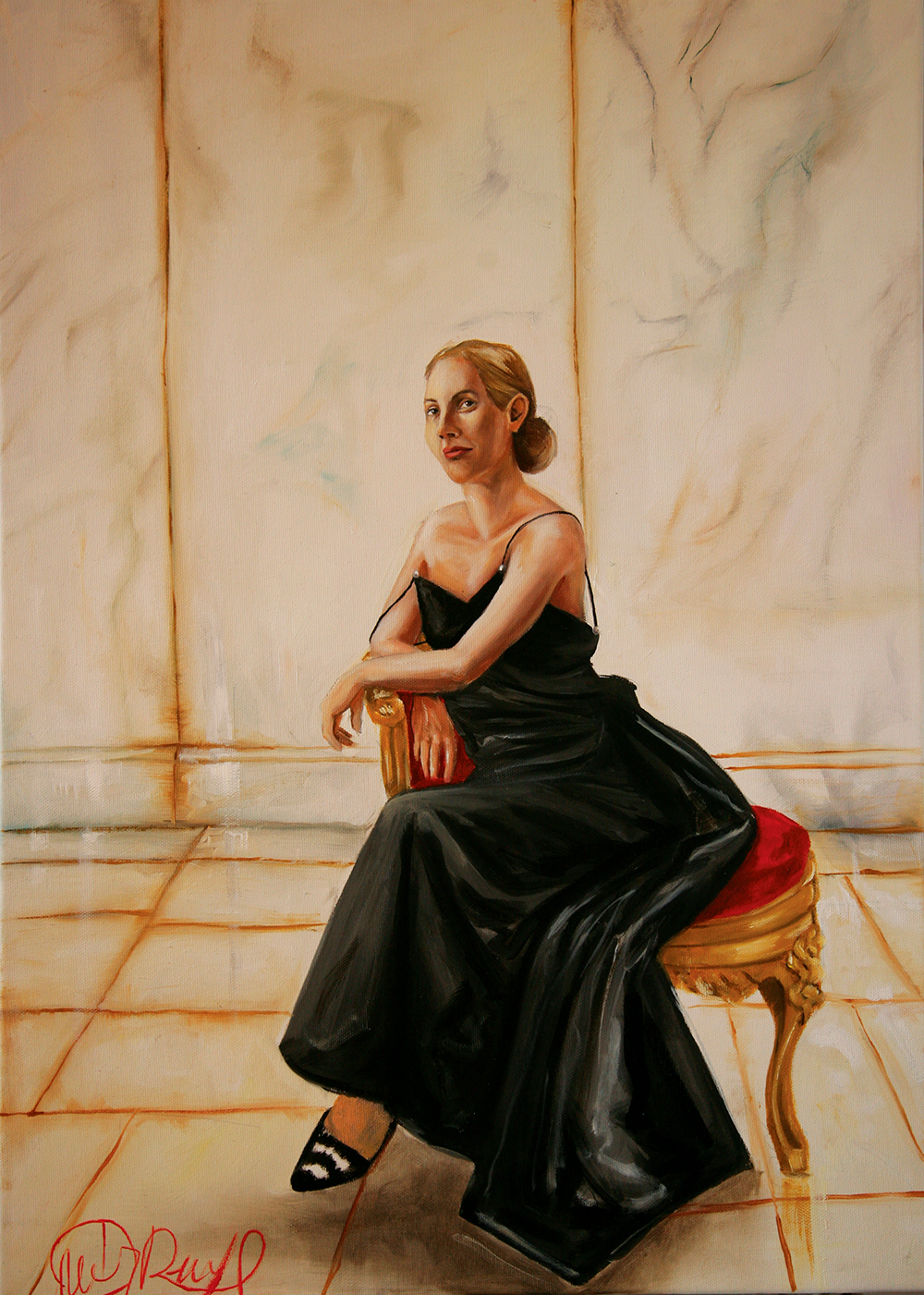 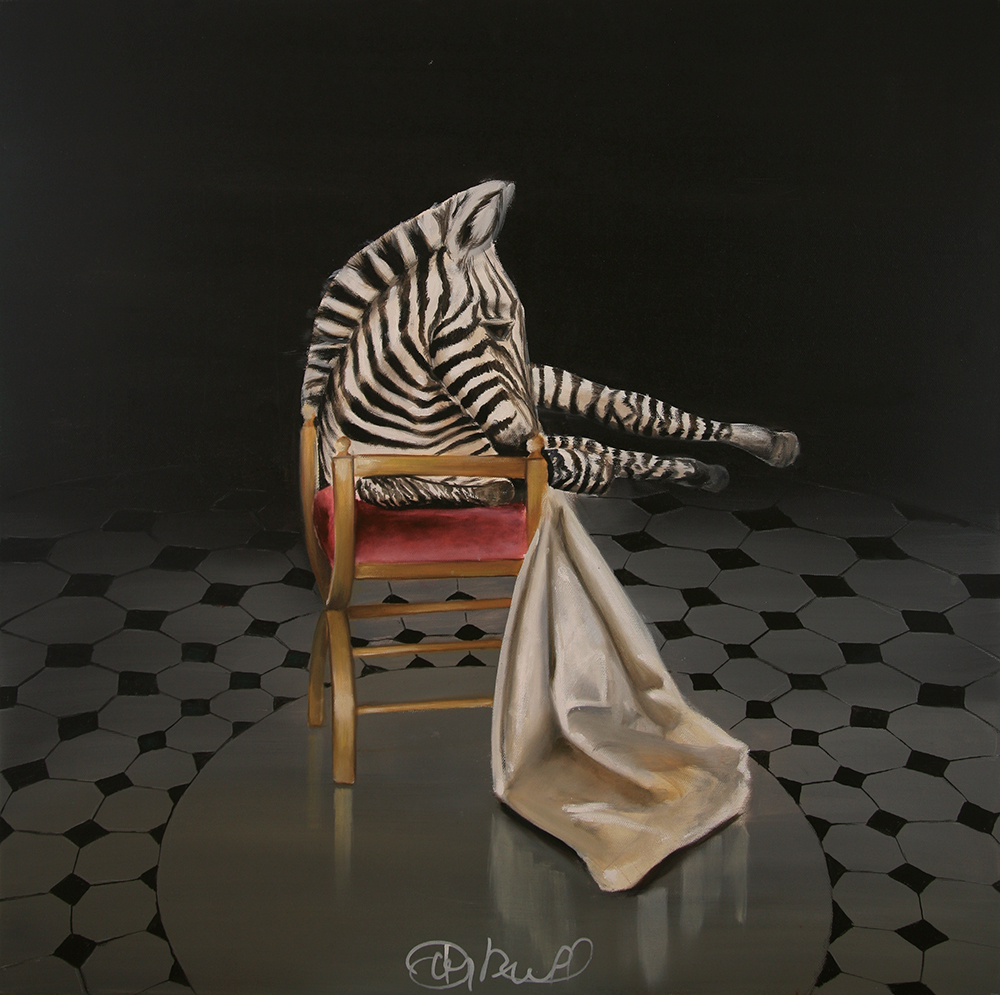 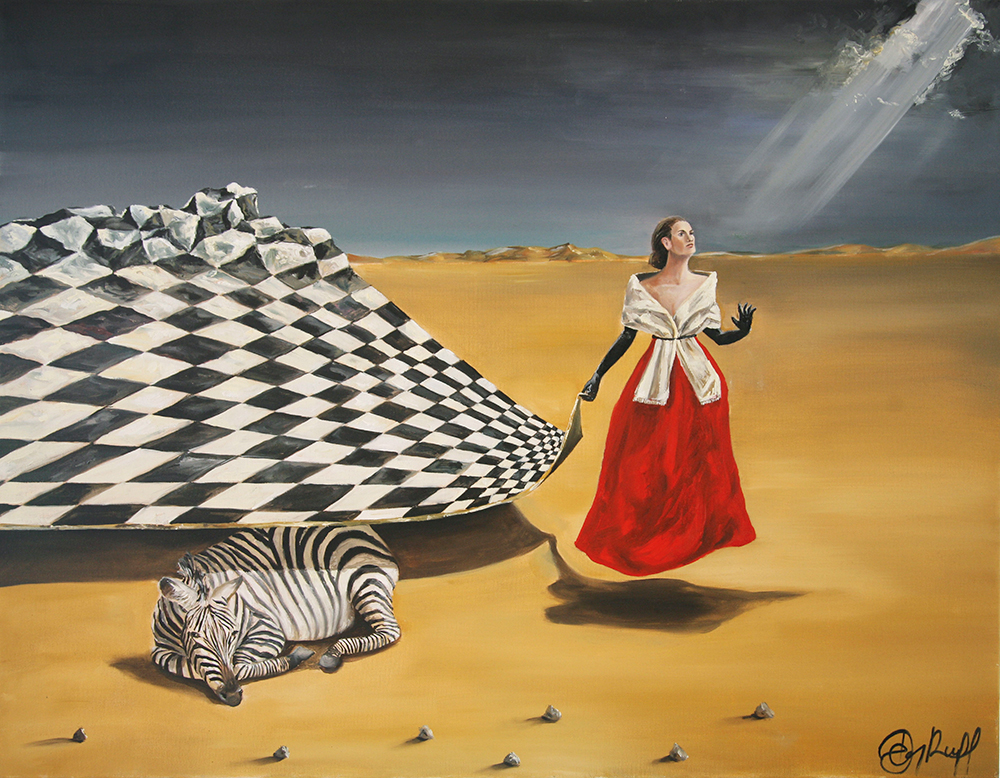 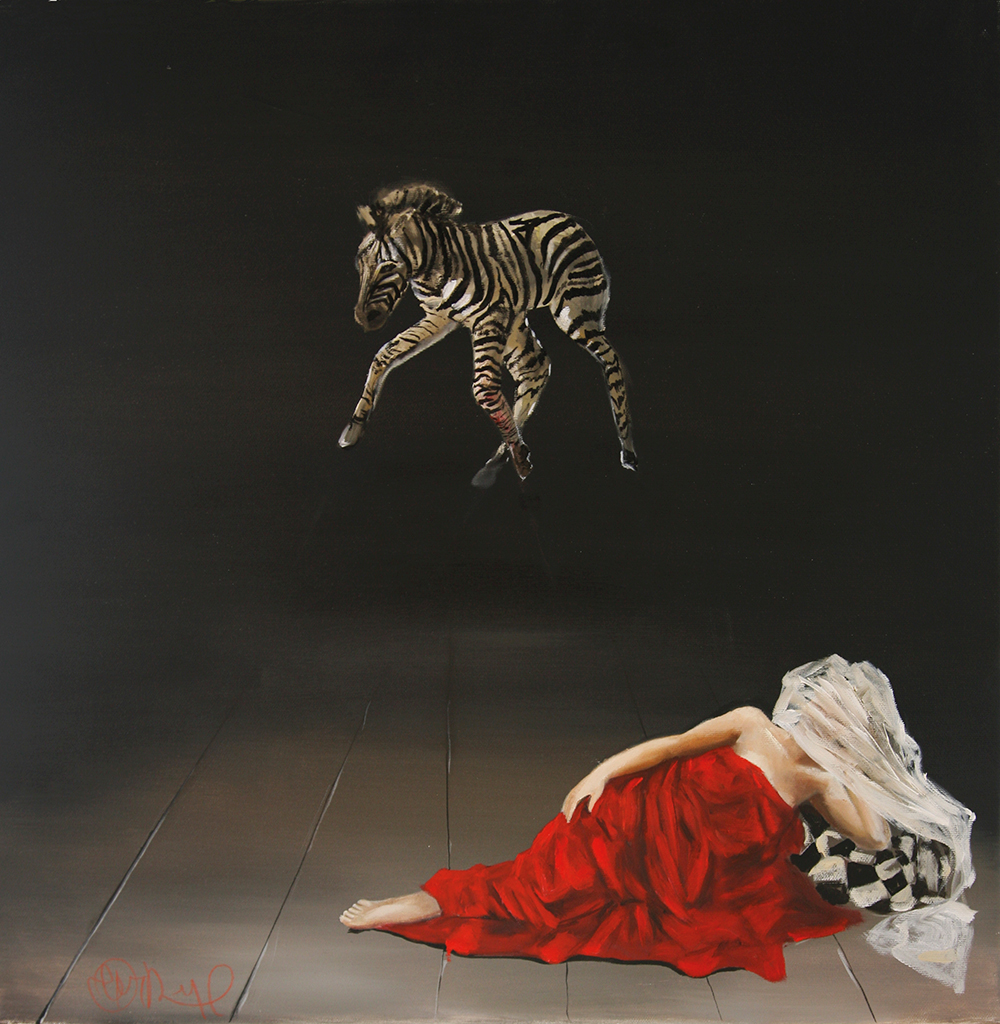 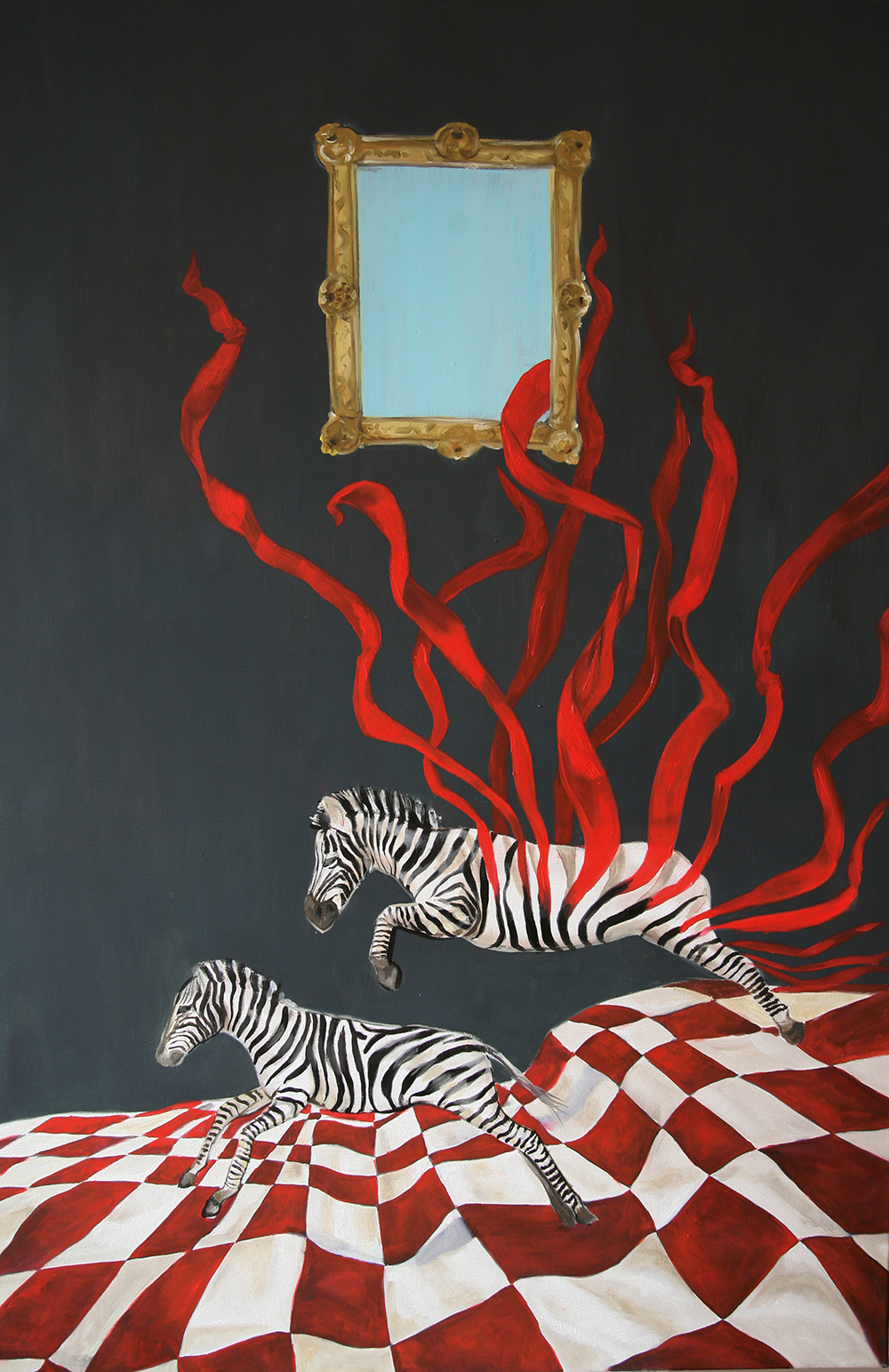 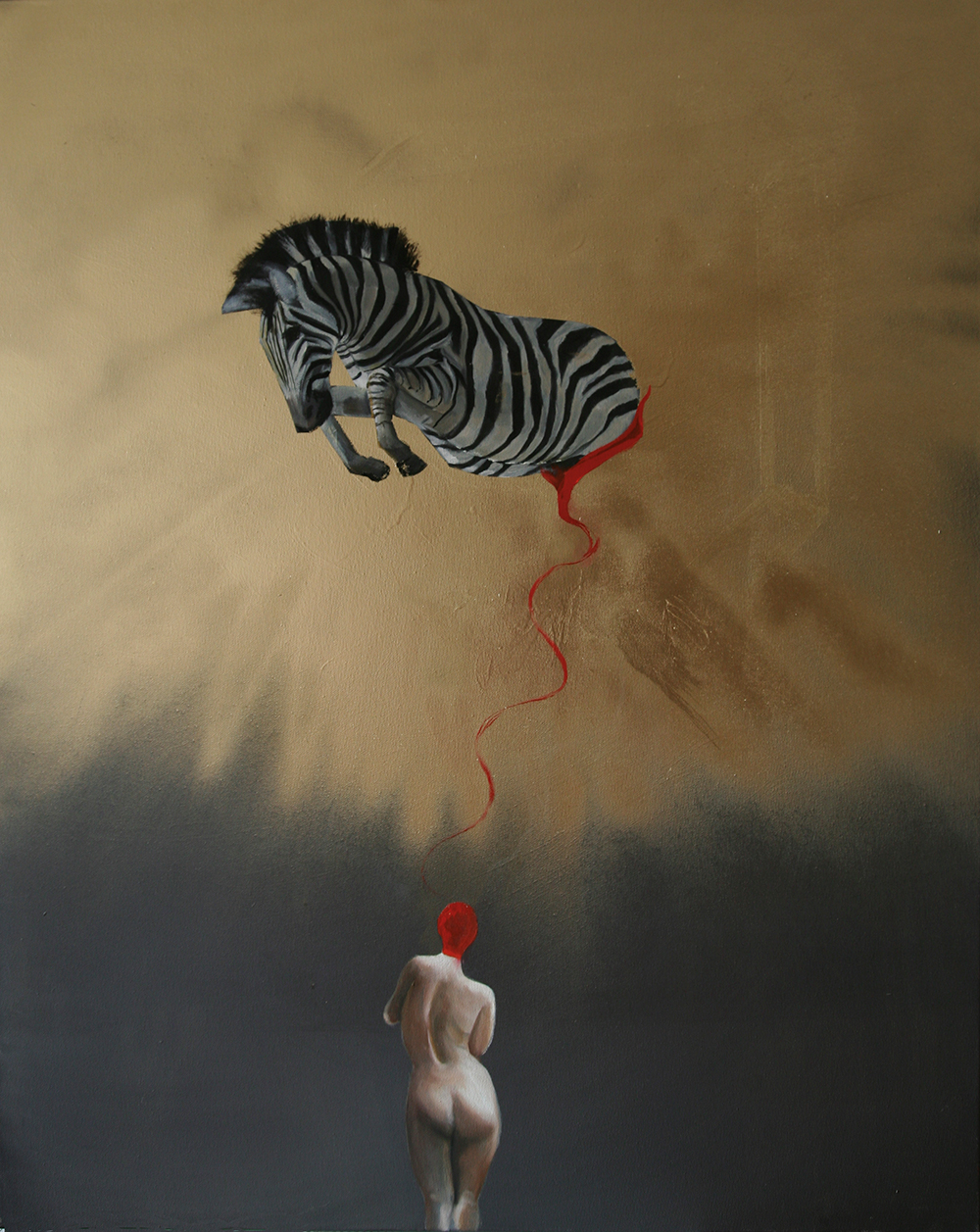 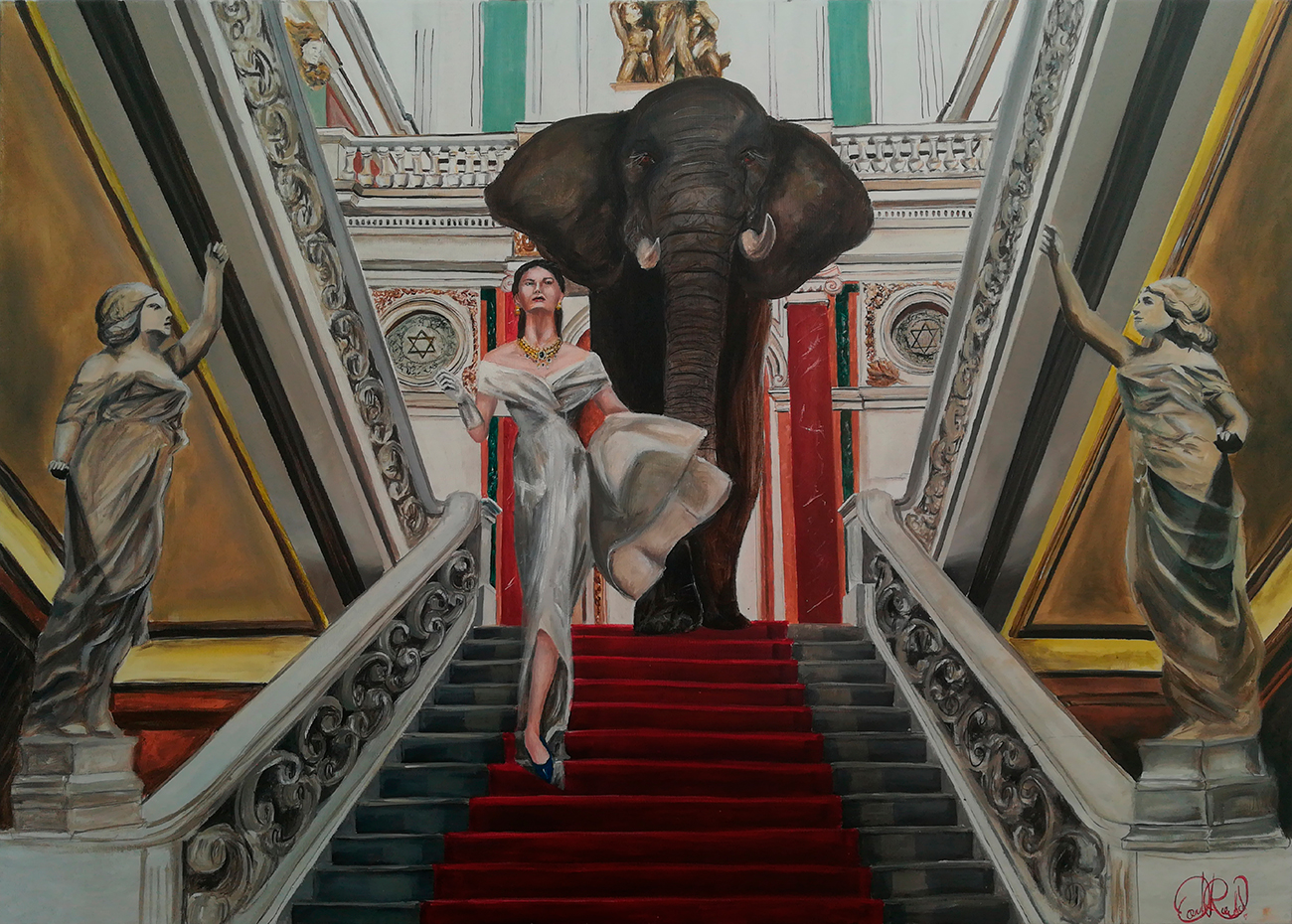 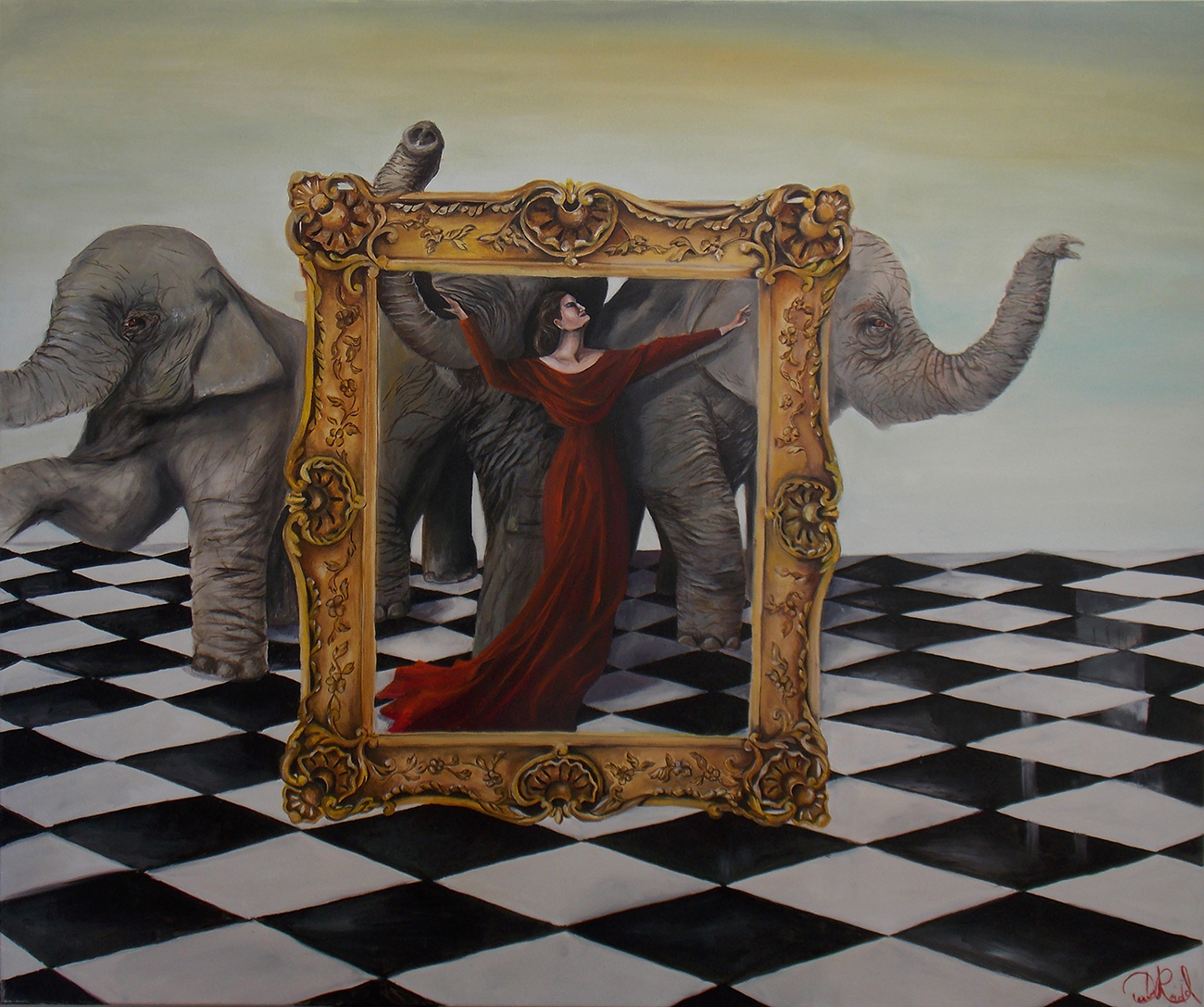 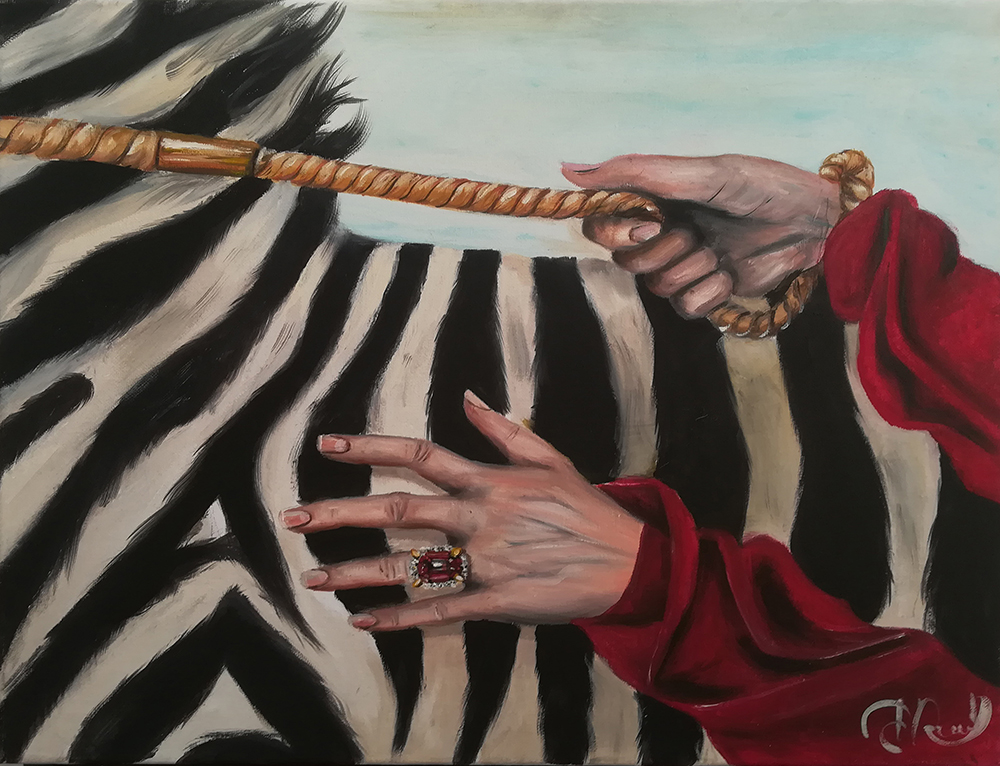 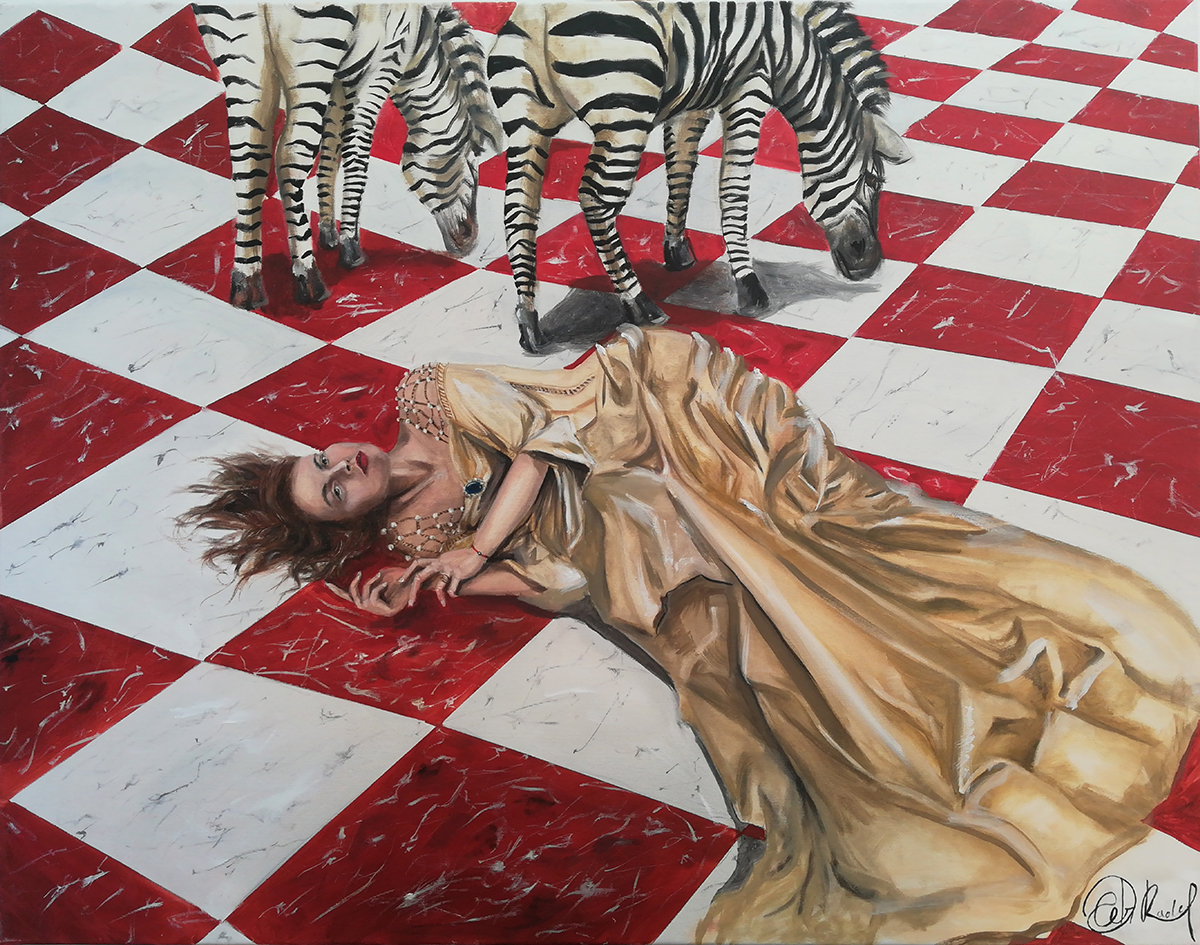 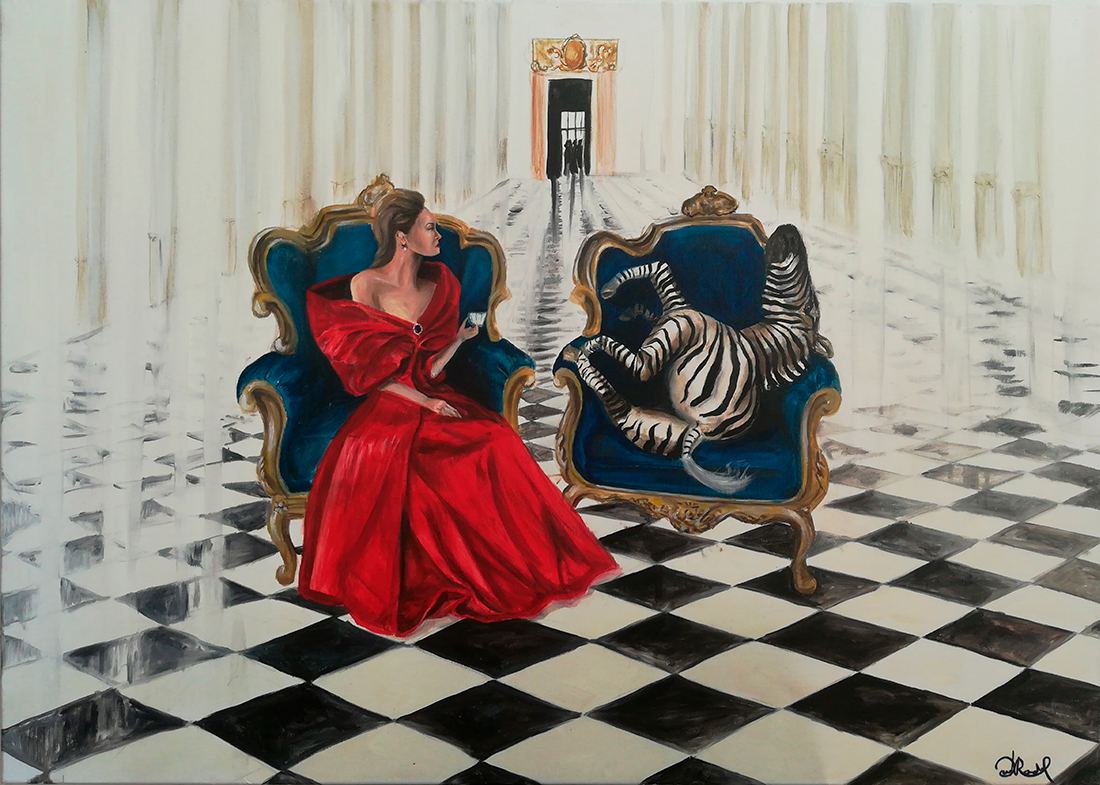 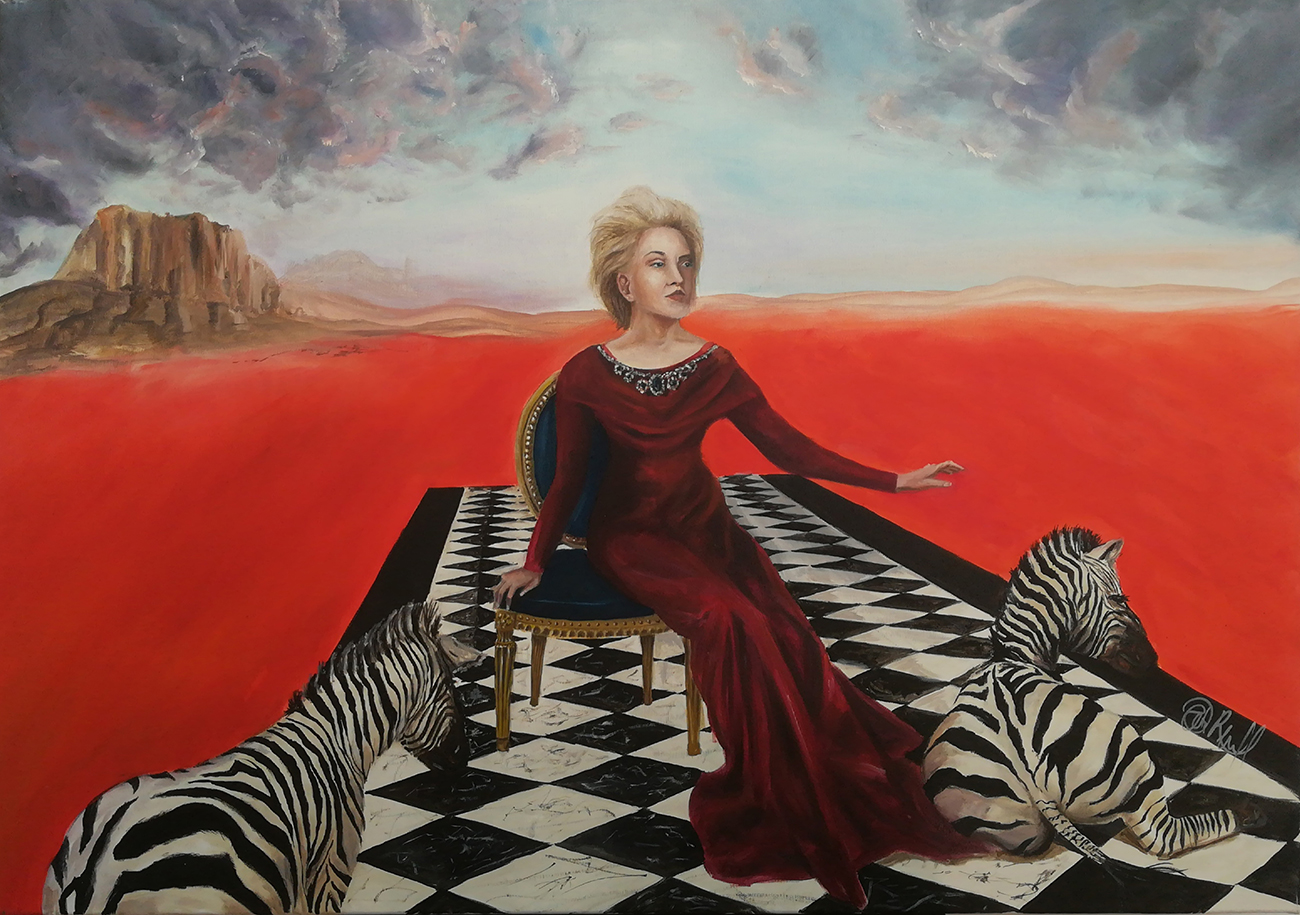 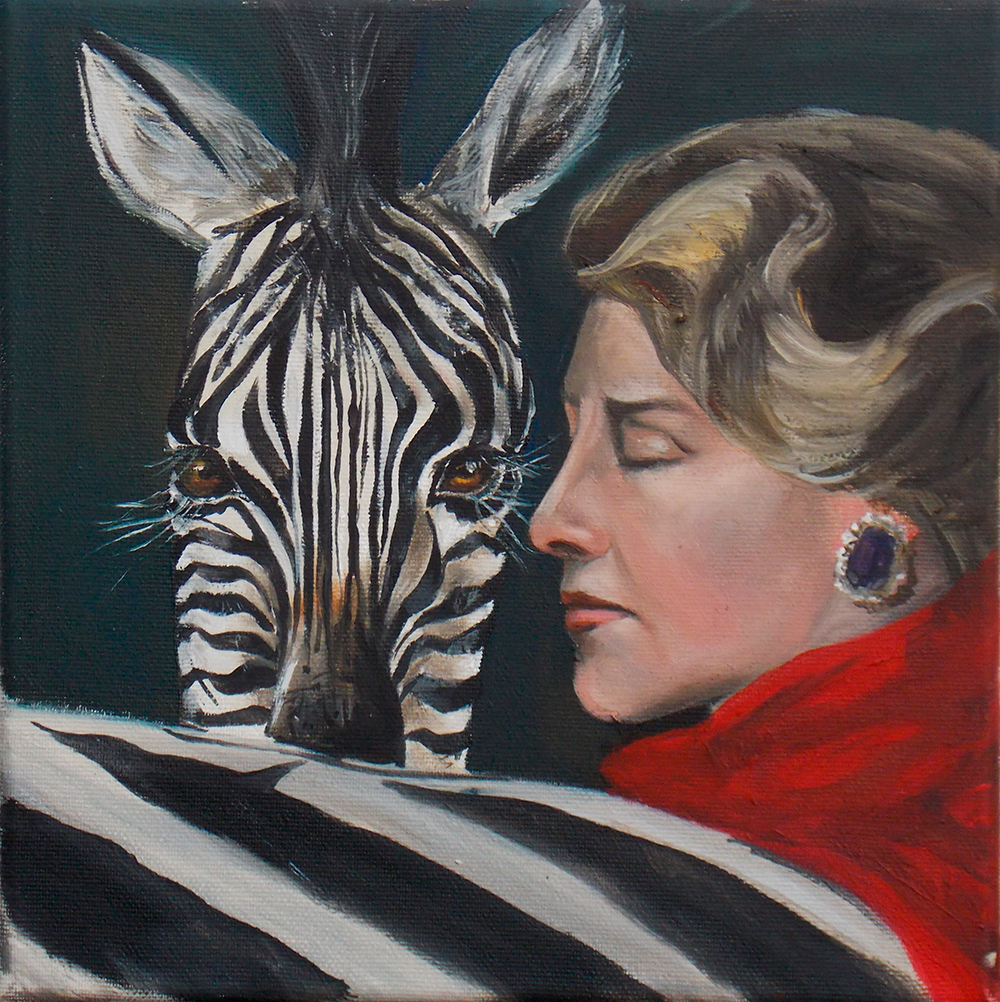 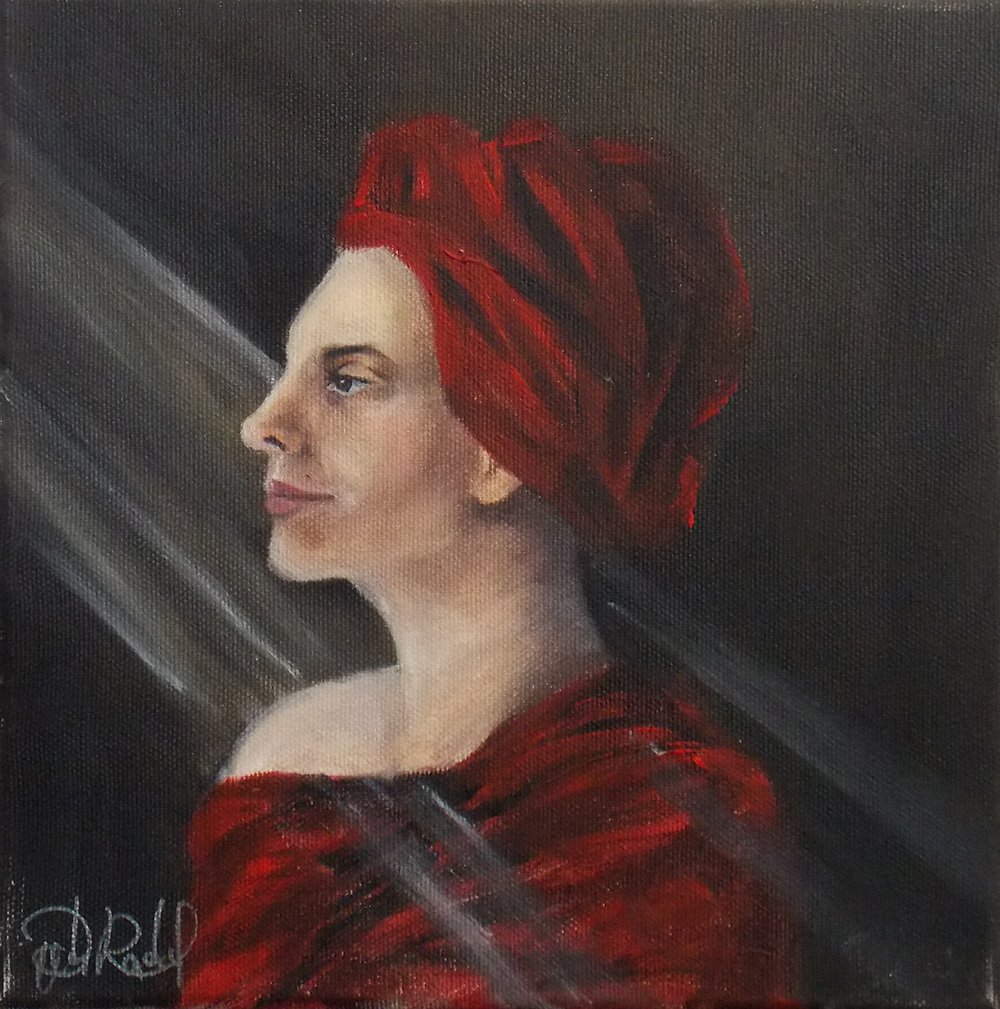 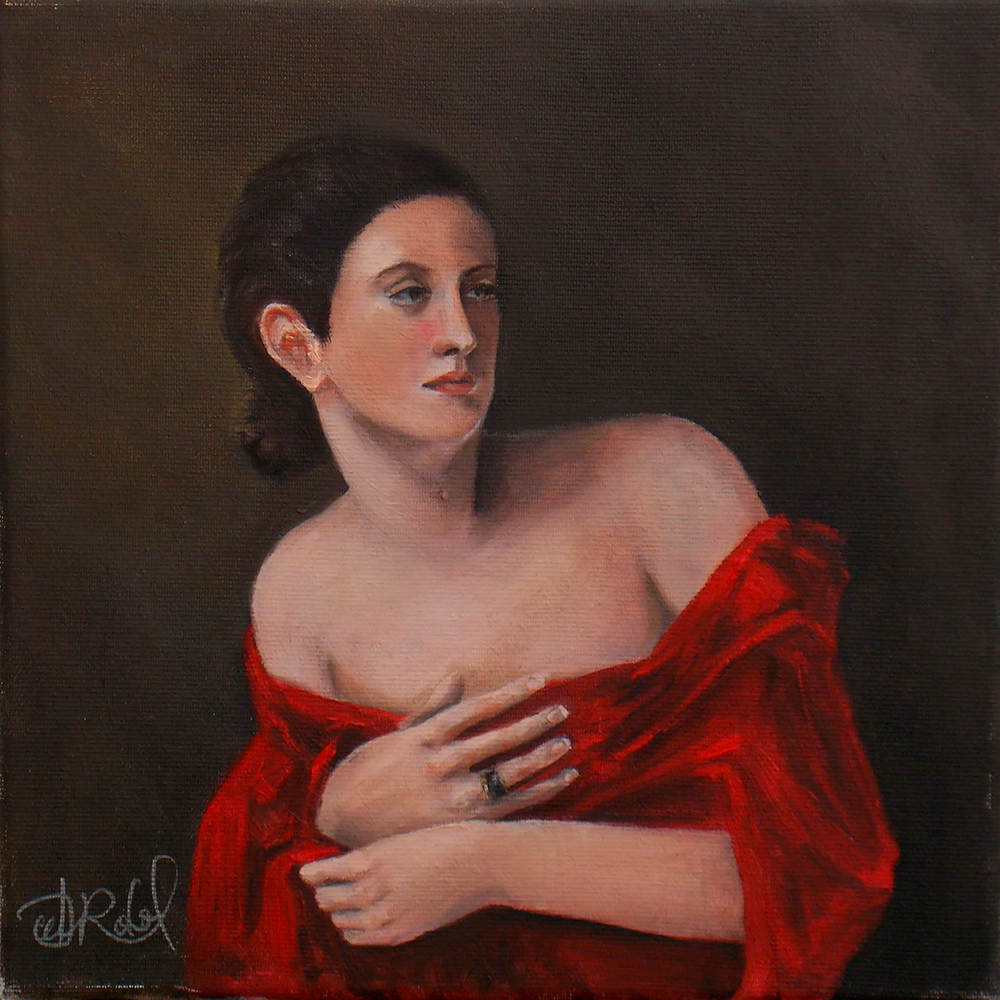 “The artist wants to share with us the space vibrations which, through his soul, transmitted to the canvas, show a larger universe, eternal existence, and Higher forces at work.”

“He tries to touch on the eternal questions of humanity – how was everything created, why are our lives and the world what they are, where are we from, where are we going?”

“The desire for spirituality comes from the very depth of one's heart. Once it awakens, it continues to grow, leading us higher into the spiritual world until it fills our entire experience and perception.”

“A woman, being the source of new life, also more intuitively feels the desire for new spiritual life. ”

“The woman, who is the image of the universe, inhabited by G-d, gives birth to the world and humanity, which are the fruit of the Tree of Life.”

I was born in 1996 in Cuprija, Republic of Serbia, where I completed my education. From a young age, I began showing my artistic talents and skills, and received plenty of recognition during my formal education. I have then decided to pursue painting and drawing exclusively. Being of a very independent nature and wanting a complete freedom in artistic creation between disciplines and techniques, I have remained committed to self-creation and mastery, forging my own independent path. Finding my world in artistic creation, I have been creating the oeuvre of portraits and landscapes for many years, which, over time, took the form of serious artistic and spiritual works.

My first solo exhibition in 2018 at the King Peter I House in Belgrade, called “The Light”, made with the oil on canvas technique, comes from a love for Jewish mysticism in Kabbalah. For the first time in Southeastern Europe, this type of exhibition required a very ambitious, serious and mature challenge, which I accepted and fully succeeded in my mission.

The second solo exhibition called “The Birth of the World” was opened in the House of King Peter I on December 2nd, 2019 by Mrs. Irena Vujovic, Mayor of Belgrade's Savski venac municipality, and Prof. Dr. Nenad Radd. The artistic oeuvre of oil on canvas, sketches and drawings, is classified as the transition of surrealism into magical realism, the direction of narrative fiction and art, expressing a primarily realistic view of the real world, with the addition or discovery of magical elements. Through the wisdom and teachings of Kabbalah, as a spiritual and cultural heritage of the Jewish people, I not only achieved artistic but also educational influence. I have also been actively advocating the centuries-old friendship of the Serbian and Jewish people.

I granted my painting of Mrs. Isidora Sekulic as a literary award at the Belgrade City Assembly, for the literary prize of 2019.

I am the only artist originally from Serbia whose paintings are in the White House in Washington DC with the U.S. President Donald J. Trump. I continue my work for the President and his family and friends.

In the renowned magazine National Geographic I was promoting my upcoming art exhibition and the culture of the City of Belgrade in November 2019.

I live and work in Europe. 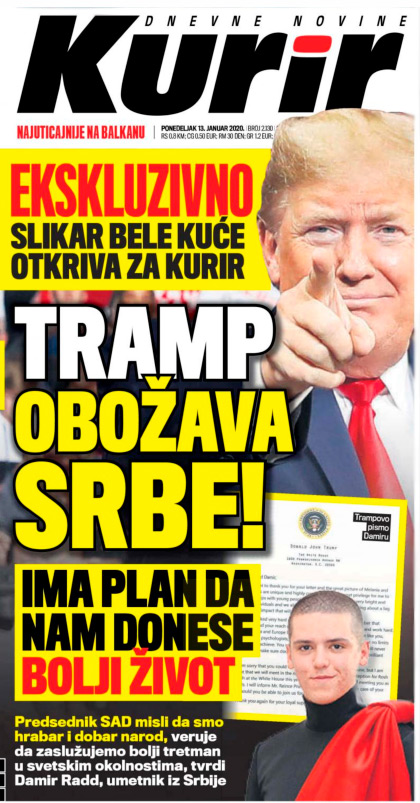 Kurir - the most influental newspaper in the Balkans, on Jan 30th, 2020

When you find great respect and admiration, that is what motivates you the most, Damir said. Quoting the President, the artist said, "There are plans that will bring a better life to people throughout the region." 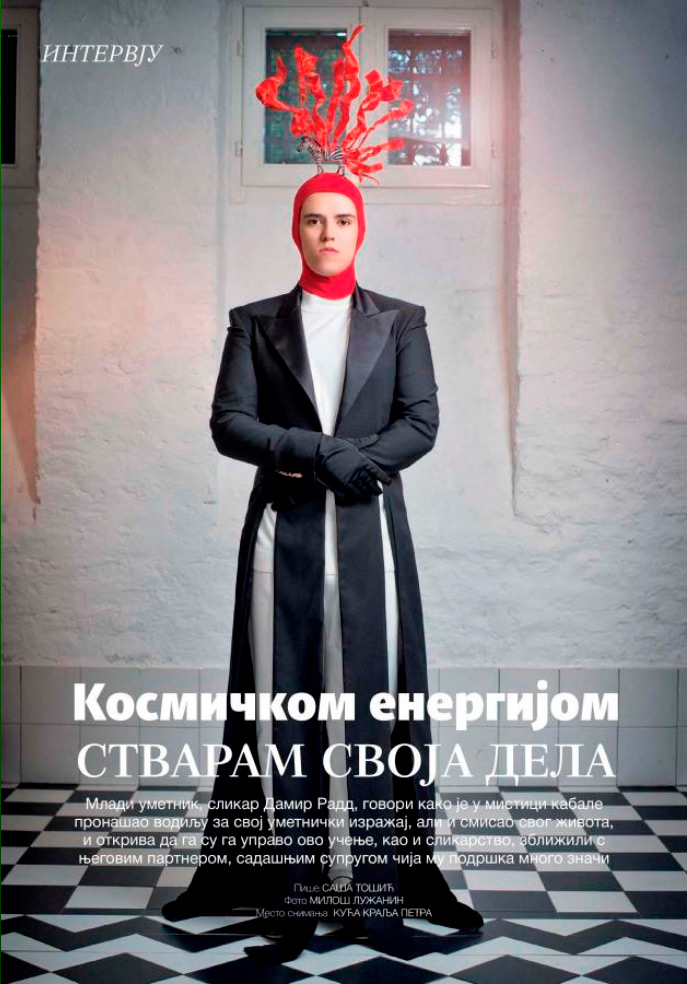 With Cosmic Energy I create my works 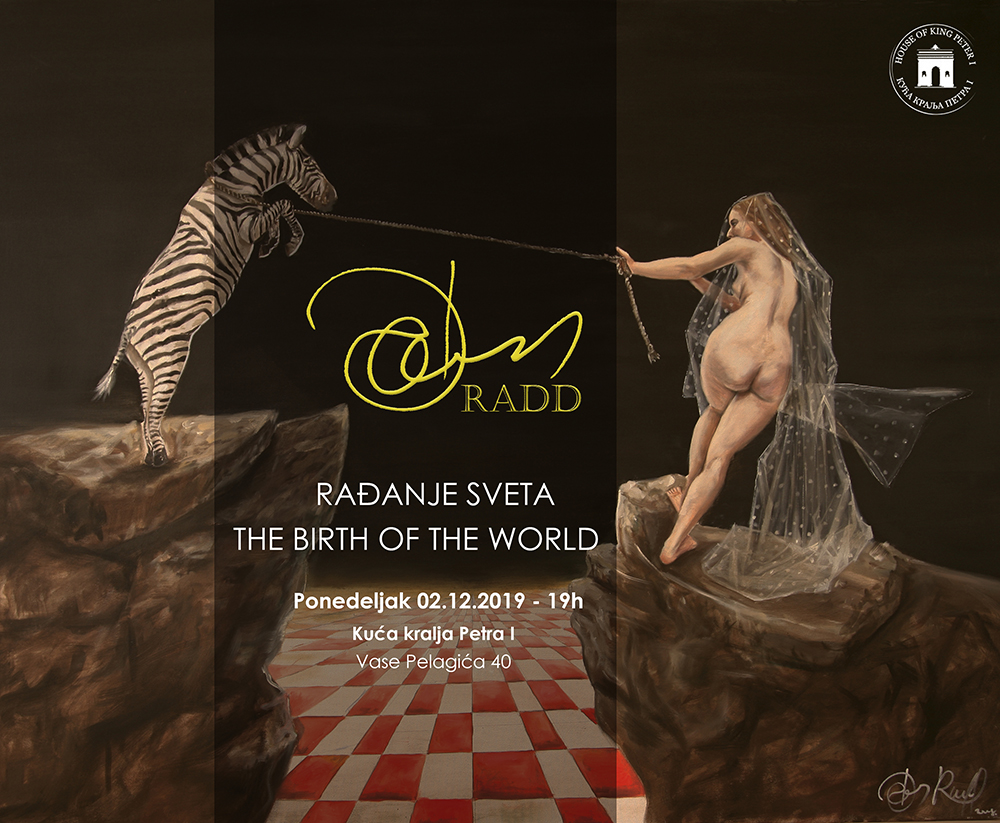 New Exhibition "The Birth of the World"

The exhibition is opened in the House of King Peter, on Dec 2nd, 2019 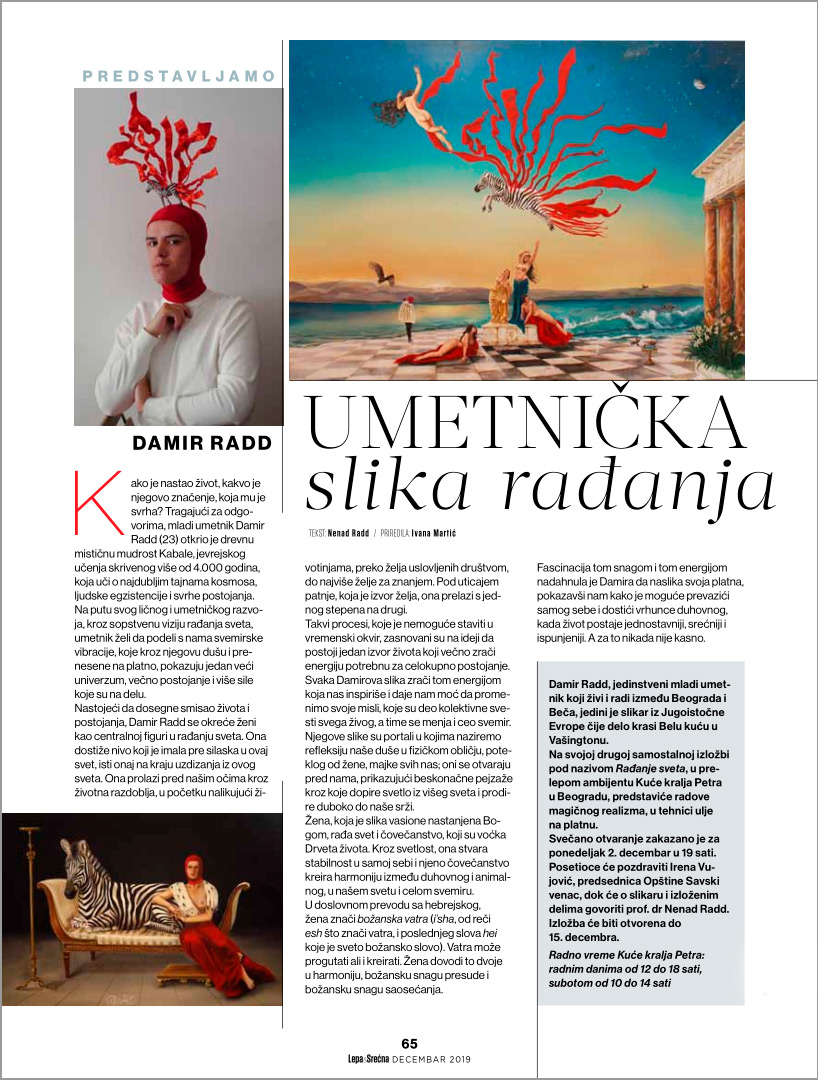 “The artist wants to share the space vibrations with us, which, through his soul and conveyed to a canvas, show a larger universe, eternal existence, and the Higher force at work.” 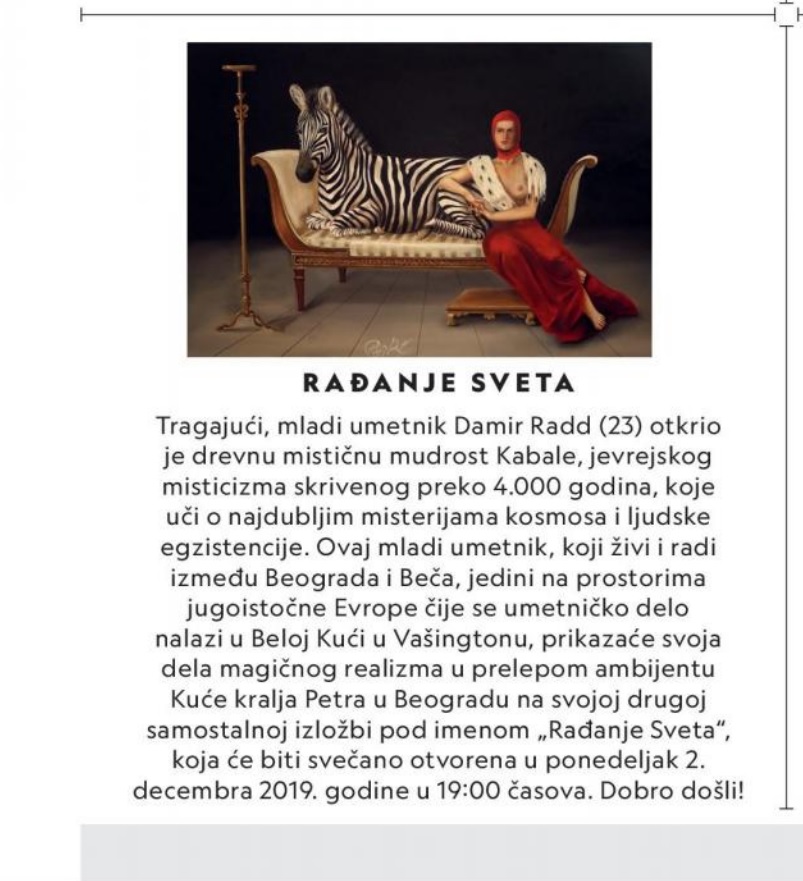 Invitation for the exhibition of young artist Damir Radd 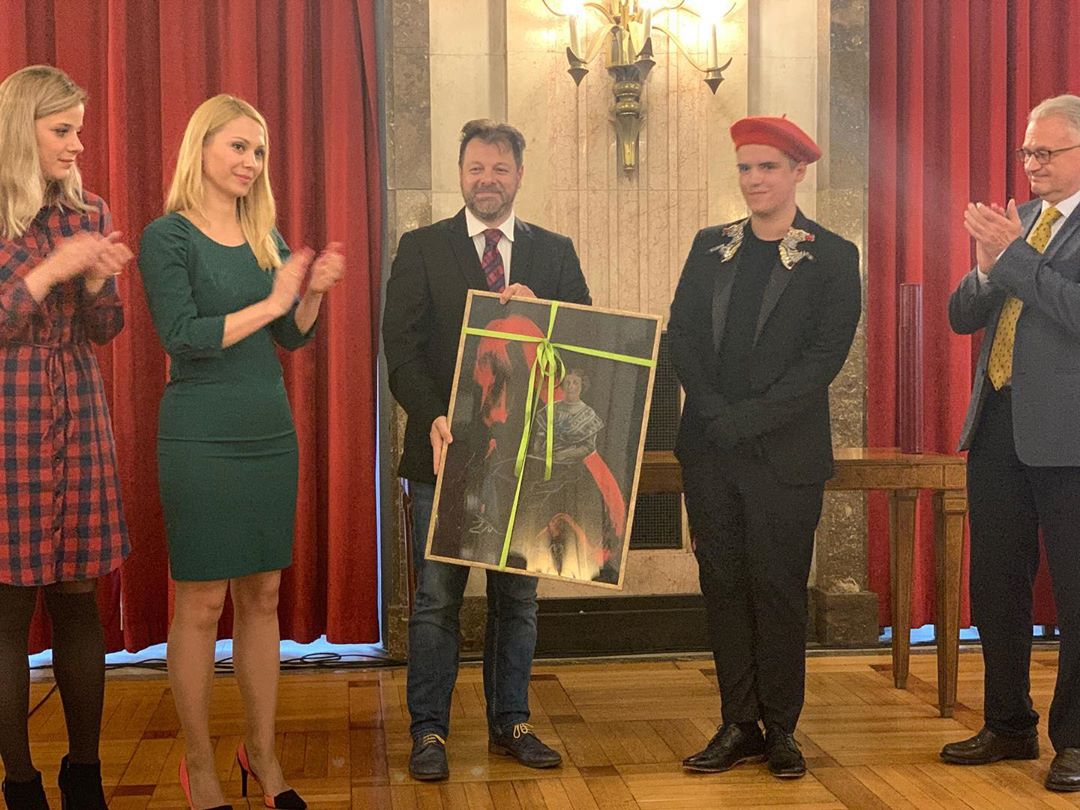 The Book Award for 2018 in Stari Dvor, City Hall of Belgrade

The portrait of Isidora Sekulic, made by Damir Radd, has been presented to the winner for the Book Award ceremony 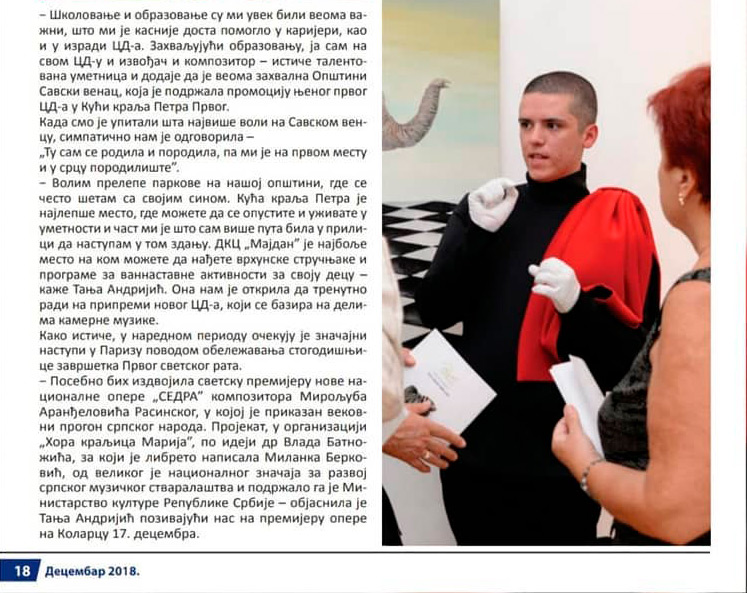 “It is a great honor for me, after many older colleagues and big names, to be among those who displayed their works in the House of King Peter”

“I am grateful to Damir Radd for the lovely gesture. I believe in young people and I wish Damir much success in his future work and many more successful exhibitions”
– Ms. Irena Vujovic, the Mayor of the Belgrade's Municipality of Savski Venac 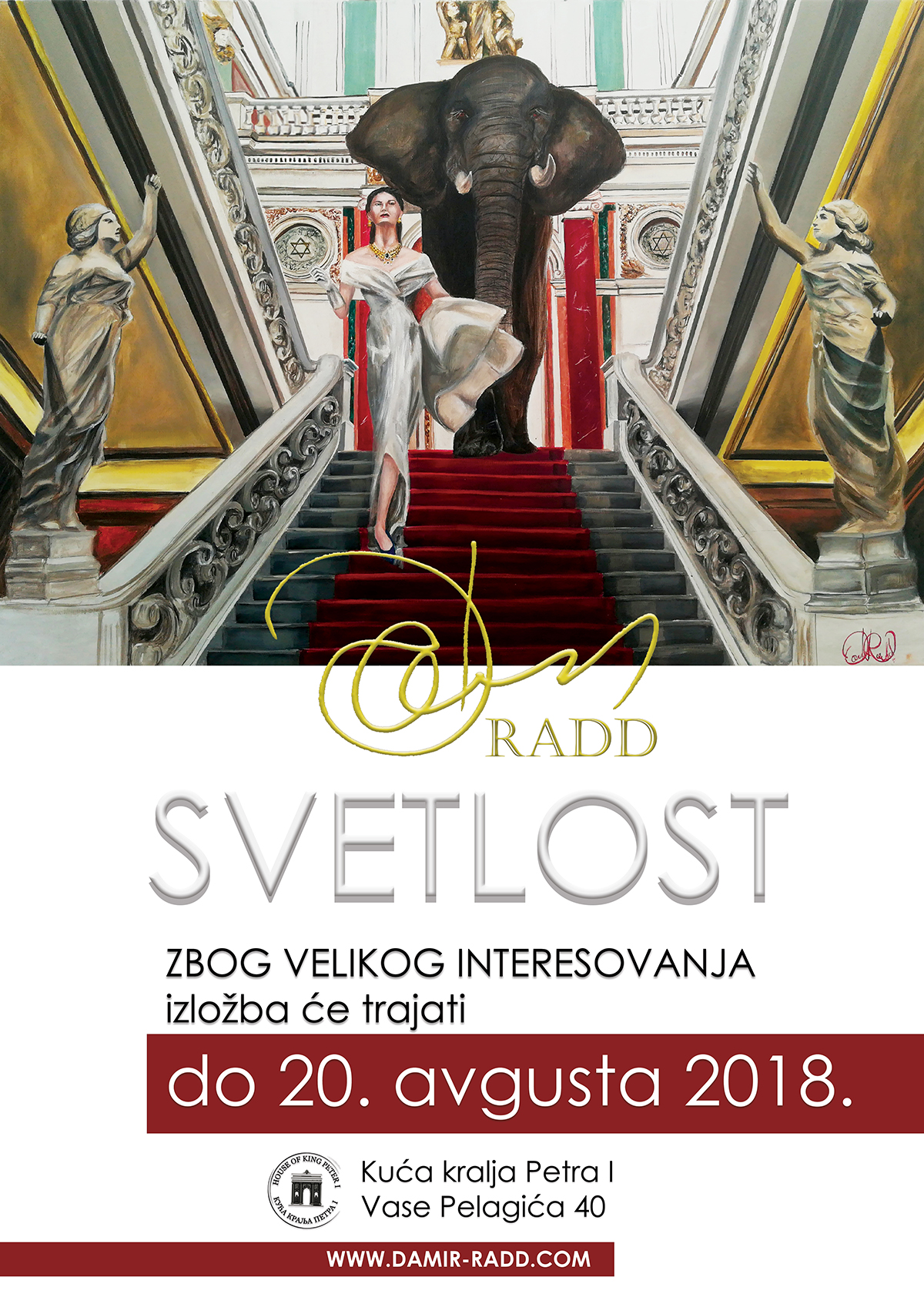 “The Light” - The First Exhibition Opens

“The paintings that stand before you radiate with the spiritual energy. They are dominated by a woman who senses that her fulfillment comes from something higher than this life.”


All the paintings and drawings are for sale.

Please send all the enquiries to my e-mail address, and you can also visit my Saatchi Art profile and sales.


I am looking to raise funds to help me pay for my cause and future artistic projects, contributing to the community, culture, arts, ideas, and identity.

Please make a small donation. It can help me accomplish a lot.

Thank you for your generous support!